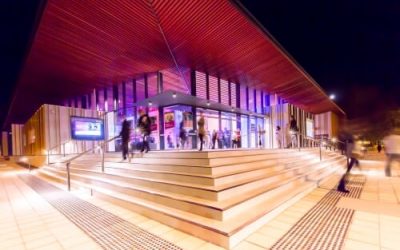 The Art House has secured the services of international super star, Joshua Horner, to cheoreogrpah local talent and headline the hugely anticipated opening show on 20 and 21 May.

Joshua Horner grew up in Wyong Shire and has developed an extensive career, starting out as a professional dancer in the Australian Ballet. Since moving to musical theatre, Horner has choreographed many Australian and international productions and has also previously judged on the smash hit TV series ‘Dancing with the Stars.’

Speaking from Los Angeles regarding his return to the Coast, Joshua Horner says he is excited to be part of the opening of a facility that will he believes will transform performing arts opportunities on the Central Coast.

“I loved performing from a young age and when I was growing up in Wyong local dance groups always had to travel to places like Newcastle to perform,” Mr Horner said.

“So this really is a dream come true for everyone involved in this show who finally have their very own stage on which to shine.

“It will be a spectacular and emotional curtain raiser for what is going to be one of the best performing arts facility’s in the country – I can’t wait.”

The Opening Celebrations Concerts will showcase a diverse range of high quality live entertainment and include local talent from dance and music companies, special guests and popular singers.