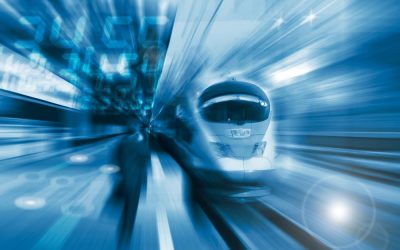 Regional Development Australia Central Coast (RDACC) has welcomed information released yesterday by the NSW Government offering further details regarding the development of a High-Speed Rail (HSR) network across the state.

Due to commence work in the next government term, the Central Coast and Newcastle (Northern Route) is one of four potential corridors identified to link regional centres to each other and Sydney.

“Following the release of the Sandstone Mega Region Report earlier this year, we strongly supported the recommendation for further investigations into the establishment of a HSR network to increase connectivity across NSW,” said Mr Mouland. “Our view remains that improving our transport linkages to Sydney, particularly through enhancements to our rail network, could lead to the creation of an additional 3,875 local jobs in Gosford by 2036. “A faster and more efficient rail network will also slash commuting times, making this a much more viable option for many Central Coast residents and removing many of the detrimental impacts long commutes by large numbers can have on local communities.”

Professor Andrew McNaughton has been appointed to lead an expert panel on how the NSW government should best deliver a fast rail network to connect the state.

Mr Mouland said a HSR network will also be a key driver for the productivity and prosperity of the Central Coast.

“The establishment of a fast rail network underpins the concept of developing economies of scale, as outlined in the Mega Region Report, by establishing greater regional connectivity and focusing on individual regional strengths,” Mr Mouland added.

“Improving and increasing the effectiveness of our transportation corridors for both people and freight will only serve to benefit our local economy and support greater productivity and prosperity for all of our regional centres.”