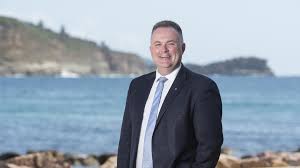 RDACC Chair, Phil Walker, said RDACC has been advocating for a dedicated Parliamentary Secretary for the Central Coast for the past two years.

“It’s vital that our region is represented and supported at this level of Government.

“This appointment gives the people of the Central Coast a direct voice in decision making and will ensure enhanced outcomes for local business and industry,” he said.

“The Central Coast is growing exponentially. As our region continues to expand and innovate across the food, beverage, agricultural and development industries we need to ensure our infrastructure and services are upgraded accordingly.

“We are thrilled the NSW Government is committed to this,” he said.

“I’d like to personally congratulate Adam Crouch on his new position.

“Mr Crouch has passionately supported the people of Terrigal since 2015 and I wish him every success in supporting the greater Central Coast community as Parliamentary Secretary within the NSW Government,” said Mr Walker.