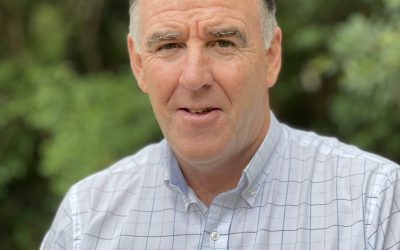 There has been a lot to celebrate on the Central Coast these past few months, with over $1B in funding announcements for critical facilities and regional infrastructure being made in the last quarter.

This funding for our community is a testament to the real value of collaboration that is increasingly occurring between our regional leaders and all levels of government working together to achieve great outcomes for the Coast.

Highlights from the quarter include:

– $500M in state government funding for the first stages of high-speed rail between Sydney and Newcastle, to match the federal government’s earlier $500M election commitment;

– $17.2M for the Central Coast Food Manufacturing Precinct and Innovation Hub in Lisarow; and

– $18M towards the development of a university campus in Gosford City.

With a change in government and Central Coast Council getting back on its feet, these funding achievements mark a new era in regional collaboration and highlight the real value of all regional leaders and major stakeholders working together for what our community rightly deserves.

RDACC continues to facilitate this collaboration and campaign for improved infrastructure through the Critical Infrastructure Priorities List, which has attracted over $1B in infrastructure funding to the Central Coast since its inception in 2016.

Currently under review to determine a renewed list of regional priorities now that several items from the original list have received funding, we will continue our advocacy efforts, with the publication and promotion of an updated list in the near future.

In more good news for our region, the re-instatement of the Central Coast Airshow was a resounding success, attracting more than 20,000 visitors and providing a significant boost to our local economy.

The success of this event has served to renew calls for the development of a Central Coast Airport and light aviation precinct at the existing aerodrome in Warnervale – an initiative RDACC has been advocating for since 2015 that would see the creation of around 2,500 local jobs and unlock the surrounding employment lands to positively benefit our entire community.

Lastly, it was my great pleasure to partner with the Salvation Army for the launch of the Red Shield Appeal on the Central Coast this month.

With over 300 business and community leaders coming together to so far raise more than $25,000 to help those less fortunate, this event highlighted the true power of collaboration, connection and humanity for everyone involved.

Read the Latest Edition of Voice for the Coast