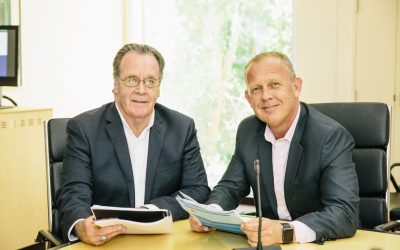 Regional Development Australia Central Coast (RDACC) has extended its congratulations to each of our successful local Members of Parliament (MP)’s and the Morrison Coalition Government on its victory in the recent Federal election.

As was the case in the NSW State election, the incumbents held onto their seats; with Coalition MP, Lucy Wicks, claiming victory in the seat of Robertson and Australian Labor Party MP, Emma McBride, winning the seat of Dobell.

“On behalf of RDACC, I extend my sincere congratulations to both Lucy Wicks and Emma McBride on once again being chosen by the people of the Central Coast to advocate for our region at a national level,” said Mr Walker.

“Similar to the results in the NSW State election earlier this year — where all incumbents held onto their seats – this indicates the majority of people here on the Coast are happy with what is being achieved for the Central Coast so far by our elected representatives.”

Mr Walker said the priority now is to present a united front over the next three-year period, to ensure maximum benefit for the entire Central Coast.

“Many promises have been made during the election campaigns and it’s now our job to come together to ensure these promises become a reality to benefit the broader Central Coast community,” added Mr Walker.

“With the Central Coast expected to have a population of 400,000+ by 2036, it’s of critical importance that funding for our key infrastructure projects be made a priority. The Central Coast Regional Infrastructure Priorities List is a clear and collaborative list of priority projects informed by the Regional Economic Development and Employment Strategy (REDES) that will underpin and support our unprecedented regional growth.

“Both sides of parliament have promised funding for upgrades in improved rail linkages to Sydney and Newcastle, increased commuter parking at major transport hubs, as well as significant investments in tertiary educational facilities and local medical services.

“RDACC will continue to work together with all levels of government and all of our elected Members to ensure our regional priorities are met and the Coast continues to reap the rewards of strong and collaborative leadership across our entire region.”