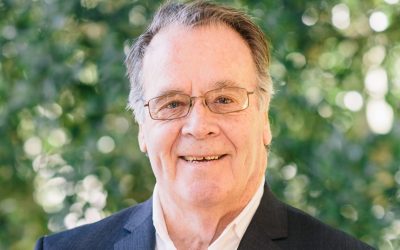 Recognised for his role in delivering improved economic outcomes across the region, as well as his tireless work in creating jobs, attracting investment and delivering enhanced community infrastructure, funding and services for the Central Coast, Mr Walker says he is humbled to receive this prestigious award.
“As a resident of the Central Coast for 36 years, I am proud to serve my community and help to enhance the opportunities and quality of life for our local residents,” said Mr Walker.
“I have had the privilege of being involved with some our region’s most dynamic and innovative groups, businesses and organisations, in which we have achieved some exceptional outcomes for the Coast.
“After close to four decades serving in the NSW Police Force, being part of my community and working to improve it for everyone involved is second nature to me – to be recognised for this with this exceptional civic honour is a truly humbling experience.”
A respected community leader who is relied upon by government, industry and the community to unite the Central Coast behind essential regional initiatives, Mr Walker has held several key appointments including:

 Longest serving board member and current chair of the Mingara Leisure Group, overseeing the delivery of more than $20M of essential funding to local organisations, service providers and regional community facilities. During this time, he has overseen efforts to grow the Club’s assets from $14M in 1997 to $90M today;
 Appointment by the Prime Minister’s Department (and endorsement by the NSW Government) as a Board Member and current Chair of RDACC for the past six years during which time he has led key regional collaborations;
 Chair of Clubs NSW Central Coast Region Committee since 2016;
 Former Vice Chair for Central Coast Tourism during the development of the first Central Coast Destination Management Plan; and
 Former Vice Chair for Wyong Race Club involving the improvement of existing facilities and visitor experiences to establish the organisation as a high-quality function and tourist destination on the Central Coast.

“As Chair of RDACC, Phil is responsible for leading the regional collaboration efforts between the three levels of government, industry and the local community to drive improved economic outcomes for the Central Coast,’’ said Mr Mouland.

“Phil is also currently overseeing one of the region’s largest collaboration efforts between government, industry and education, in the delivery of the Central Coast Food Innovation Initiative.

“Outside of his active community roles, Phil is a dedicated family man and husband. He is a father of two and a proud grandfather of four. His achievements in leading regional collaboration efforts provide a benchmark for other aspiring regional leaders and have directly assisted the Central Coast in realising its full potential.”