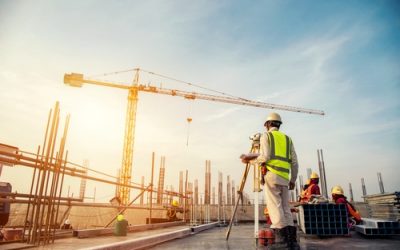 There has been a noticeable change on the Central Coast horizon in recent times, a change which is largely to do with the scale and calibre of developments happening across our local landscape – developments which are helping to revitalise our towns, cities, suburbs and commercial centres, and creating local jobs.

Regional Development Australia Central Coast (RDACC) is recognising the value and impact this critical sector has on our local economy through its ‘Quality Development on the Coast’ Series, designed to highlight the landmark work of local developers and the invaluable contribution they make to the continuing viability of our entire region.

RDACC CEO and Director Regional Development, John Mouland, said the Central Coast development and construction industry is one of the fastest-growing sectors in the region.

“Our local construction industry also represents the second largest increase in value to the Central Coast economy in recent times (after health care and social assistance) – growing by more than $230 Million in 2012/13 to be worth a total of $813 Million to our local economy today.

“The ‘Quality Development on the Coast’ Series will shine a light on the pioneering projects and individual achievements of our local developers – with the work of different builders and developers showcased through a series of articles and promotions designed to recognise the invaluable contribution they make to our local economy.”

RDACC Chair, Phil Walker, said the Central Coast has been attracting unprecedented investment of late, and this is largely due to the confidence shown by our local developers in a multitude of landmark projects.

“The rise of quality development across the Central Coast is playing an important role in attracting investment, creating employment — the Central Coast construction industry employs almost 13,000 people — and raising the bar in regard to the Central Coast’s overall reputation and people’s perceptions of our entire region,” said Mr Walker.

“Recently we’ve witnessed significant investment in the Central Coast from both our State and Federal governments, as well as the private sector. Last month alone, we heard announcements regarding $2.8 Billion to spearhead the Tuggerah Precinct activation and $350 Million for the Northside Medical Precinct development.

“The confidence our local developers have shown in the area is evident – with groundbreaking projects including Bonython Tower, Elysium, Northside Medical and many more showing developers are confident enough to make major investments in our region, which in turn creates more investment and opportunity for our whole community.”

CKDS Architecture Director and UDIA Central Coast Chairman, Caine King, said the changing shift of development on the Central Coast is a welcome change, citing that the future developments are designed with the goal of shaping our future cities and suburbs.

“The new direction of the Central Coast should be focused on Quality and Design Excellence, extending beyond the build environment to landscaping, infrastructure, transport and utilities,” said Mr King.

“The Central Coast is a stand out location. Having a series that focuses on these qualities will only add pride, confidence and ownership to this region.

“I look forward to working with the RDACC, UDIA NSW and the many developers who take pride in being part of developing each piece of the Central Coast, which is part of a much larger puzzle.”

If you’re a developer, builder, planner or have a significant involvement in the Central Coast development and construction industry and would like to be featured as a part of the Quality Development on the Coast Series, please contact RDACC on 4349 4949 or email john.mouland@rdacc.org.au